Eggstasy is a revolutionary product for tying egg-flies. Unlike standard egg-yarn, which involves spinning yarn, Eggstasy is built on a core which means you can simply tie it like a chenille. The other huge difference that sets Eggstasy apart from other yarns is the fibre itself. It’s the first material to be made from ‘Next Generation’ (NX-Gen Fibre). This is a game-changing synthetic. NX-Gen Fibres are micro thin and are designed to trap water forming an almost slush-like texture when wet. Almost like a sponge. The fibres are also translucent which allows light to travel through the egg/blob – unlike standard Egg Yarn. NX-Gen Fibre has great movement, unlike egg yarn which remains static. In the water the egg looks almost life-like. Please note – we’ve photographed each colour it it’s wet, slush-state – because there is a 30% colour change when wet.

So please ignore the colour in the packet!!! Put it in the water and the colour comes alive!

Eggstasy Blob is a larger 15mm version of the original Eggstasy and is custom made for tying blob patterns.

Eggstasy Nano is the latest addition to the Eggstasy range of materials. Nano is exactly the same as standard Eggstasy but in a tiny 0.8mm fibre size, making it the most versatile version of Eggstasy yet. It can be used for almost any type of trout fly – use it for hotspots, throats, butts, bodies and even legs on flexi patterns. 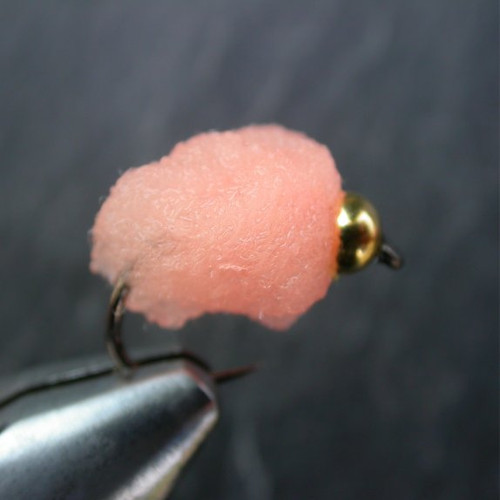